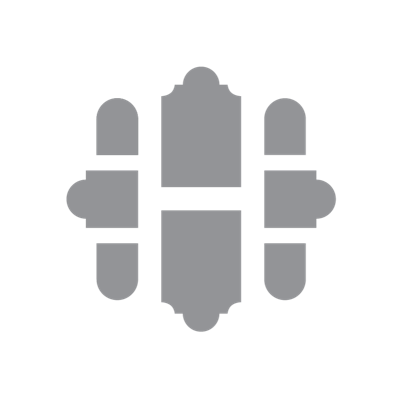 From cultural festivals to sporting events, there’s always something exciting happening in Hacienda del Mar Los Cabos. Peruse our list of noteworthy events below, and feel free to contact us if you’d like more information.

Breakfast All you can eat

Wine by the Glass

Every Sunday at Pitahayas Lounge Bar

This popular event features local, national and international artists. In recent years, San Jose Jazz Weekend has received more than 5,000 attendees, both visitors and locals, who come to enjoy the family atmosphere along with food and drinks from local restaurants, bars and shops in the square. Read More

If you are looking for an international winter race, close to the United States, in a premium destination, the Los Cabos Half Marathon is for you.! Read more

Named after the children it helps — the real stars of the tournament — and the striped marlin in the Sea of Cortez, Stars & Stripes began in 1997 as a fundraiser for Big Brothers Big Sisters of Orange County. Dick Gebhard wanted to create a fundraiser unlike any other and combine fishing, golfing and music. Since then, the tournament has grown to include six children's charities based in Southern California and Mexico. The Stars & Stripes beneficiaries receive much-needed financial assistance which they can use to expand their programs. Read more.

Belonging to the ATP 250 of the ATP World Tour category, the Los Cabos Mifel Open Tournament, presented by Cinemex, has positioned itself in three years as one of the most attractive events of the season due to its unparalleled location. Read More.

The Bisbee’s are currently producing three tournaments – Bisbee’s East Cape Offshore in Buenavista which takes place each July, and the Los Cabos Offshore Charity Tournament and Black & Blue Marlin Tournament which take place every October in Cabo San Lucas. Started in 1981 by Bob Bisbee, the Black & Blue Marlin Tournament has grown from six teams with a purse of $10,000 to more than 150 teams with millions of dollars on the line. Read More

Bisbee’s Black & Blue is also the richest fishing tournament of the world. Being held annually in Los Cabos, the event gathers anglers from all over the world who try to catch the Biggest Black & Blue marlins, hence the name of the event.  Read more

DAY OF THE DEAD- FESTIVAL SECRETS OF LA CATRINA

Day of the Dead, a Mexican celebration which exposes the journey of the souls of the deceased returning to the home of the living to share with family members and feed on the food offered to them on the altars placed in their honor. The Festival Secrets of La Catrina will consist of a 3-day program where visitors can live these traditions through workshops and elaborate different elements that make up the day of the dead (flowers, bread, crowns etc.).

Competitors will welcome the golden sandy beach ocean swim, the all new fast bike course and gentle rolling 21 km run. The stunning landscape, weather and natural wonders of Los Cabos provide a perfect backdrop to a race that has marveled it’s participants and the local nightlife and culture will lure you to stay a few more days to enjoy all the location has to offer after your race.The 2019 IRONMAN 70.3 Los Cabos offers 40 qualifying slots for the 2020 IRONMAN 70.3 World Championship. Read More.

The San Jose del Cabo Art Walk is back for another exciting season! Beginning Thursday, October 27th, the popular weekly event will be held every Thursday evening from 5:00 to 9:00 p.m. through June. The Art Walk, created by the Gallery District Association, allows tourists and locals alike to explore the color-filled streets of San José del Cabo.

Los Cabos International Film Festival promotes the dialogue and cultural and commercial exchange of the North American film industry with the rest of the world. In addition to this, it has an industry platform in constant growth. Read More

Enjoy the fireworks at Medano Beach

This offer is available in a range of selected hotels. Please choose at which one you would like to book.